As of Thursday morning, there were 4 uncontained large wildfires burning in Washington, of which a number of these contained multiple fires.  Figure 1 below illustrates the locations of the fires burning around the state.  The three most active fires are Diamond Creek, Jolly Mountain, and Norse Peak. 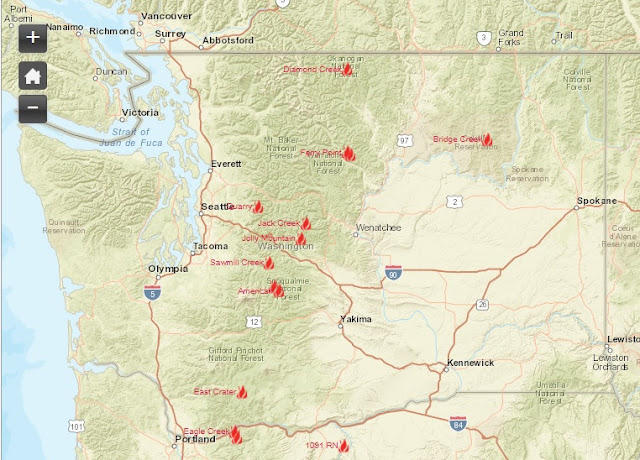 A cut-off low pressure system spinning of the coast of northern California will bring moisture and winds out of the south over much of the State on Friday as illustrated in Figure 2 below. 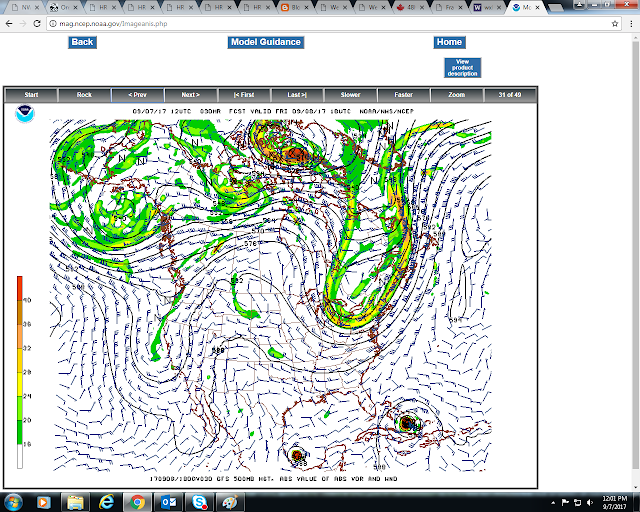 This will bring in some light precipitation into some parts of the state, as illustrated in Figure 3.  Precipitation is expected in western Washington and over the Cascades and in southern Washington, as predicted by the University of Washington WRF-GFS 1.33 km meteorological model. note the color bar below which relates colors to 1/100 of an inch of precipitation.  Most locations can expect only about a  trace to a 1/10 of an inch, including where many of the fires are located.  This little amount of precipitation is not enough to put the fires out, and will do little to modify fire behavior significantly. 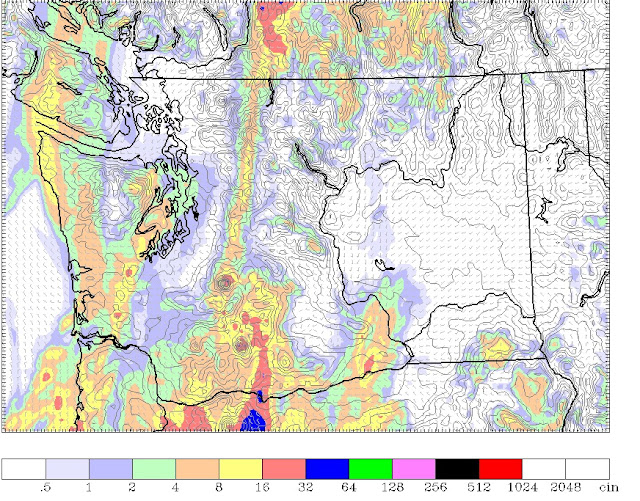 Mixing tomorrow is expected to be good over the Cascades by marginal to poor elsewhere by 2 pm, as illustrated in Figure 4 below.  The ventilation index is a combination of mixing height and horizontal wind speed in layer below. Note the poor ventilation expected over much of central and eastern Washington for tomorrow.  Additionally the figure illustrates the surface level winds expected tomorrow.  Westerly winds are expected over the western part of the state with speed of  approximately 10 mph Winds will be mixed and a bit lighter over central and eastern Washington. 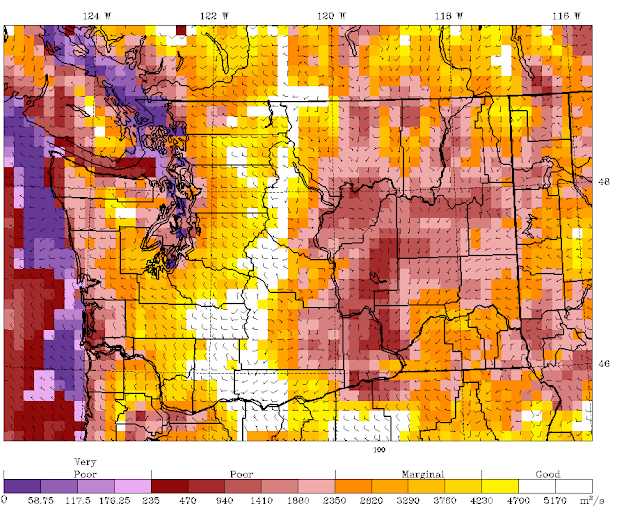 According to the Severe Fire Weather Potential Mapping System, fire activity is expected to be high to severe over the fires tomorrow, as illustrated in Figure 5. Thus, smoke production and fire behavior is not expected to be damped by the forecasted precipitation. 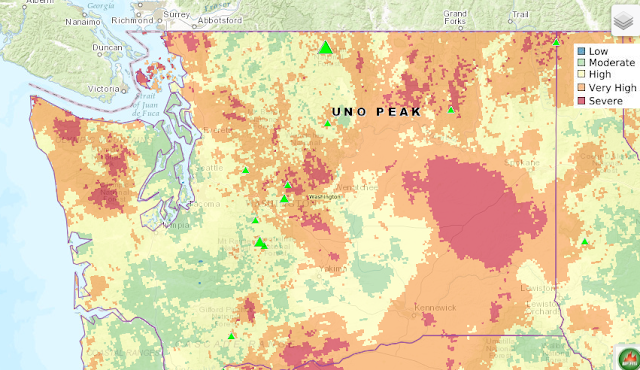 Given these conditions, the state-wide smoke pattern is expected to be as shown in Figure 6. Smoke is expected to be most dense in the immediate downwind vicinity of Diamond Creek, Jolly Mountain and Norse Peak fires and to the north east.  Western, WA is expected to be the best location for good air quality tomorrow.  However, once the nighttime inversion set up (around 8 pm), smoke from the fires will concentrate along the river drainages.  Additionally, smoke can also be compressed and concentrated in areas such as eastern and northeastern Washington with the on set of the evening inversion as well. 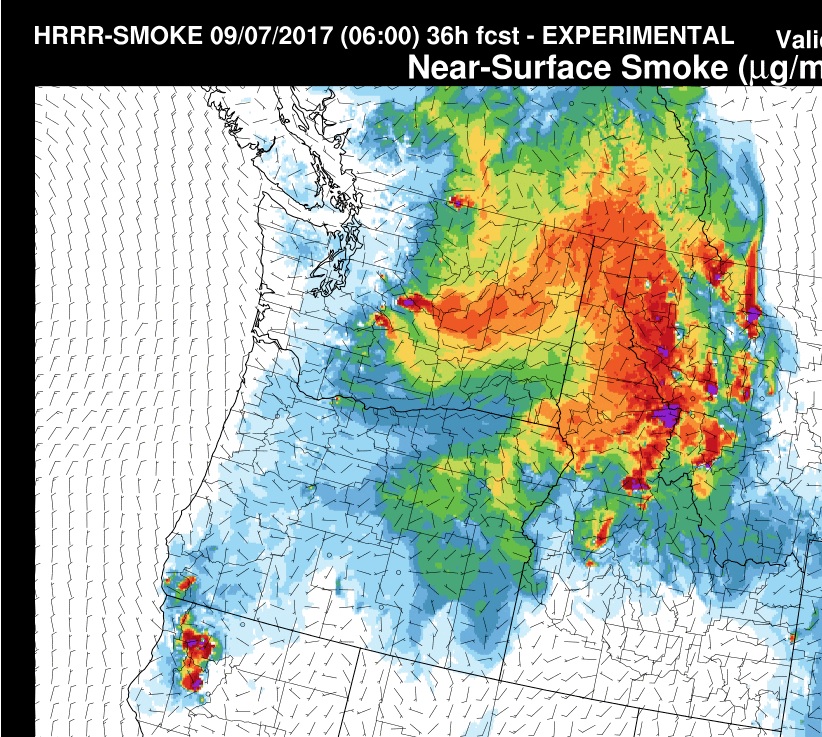 Disclaimer:  Predictions of fire behavior, weather, and smoke transport and dispersion are very complex. Conditions can and do change rapidly.  As such, these forecasts are a best attempt at providing useful information.  Graphics are used to try to communicate as much information as possible state-wide as not all areas can be discussed in the text.

For additional information about smoke and fires in Central Oregon, please see the updates provided by the Air Resource Advisers on this smoke blog.