Lets take it one day at a time, because conditions won't remain the same everyday. Except near the fires where it will be cruddy all along. This time too, it is smoke from our own WA fires. Here's a picture of the Norse Creek fire plumes near Chinook Pass snapped by a colleague who jetted eastward on Thursday evening. Not pretty! And weather conditions favor more smoke production all weekend. 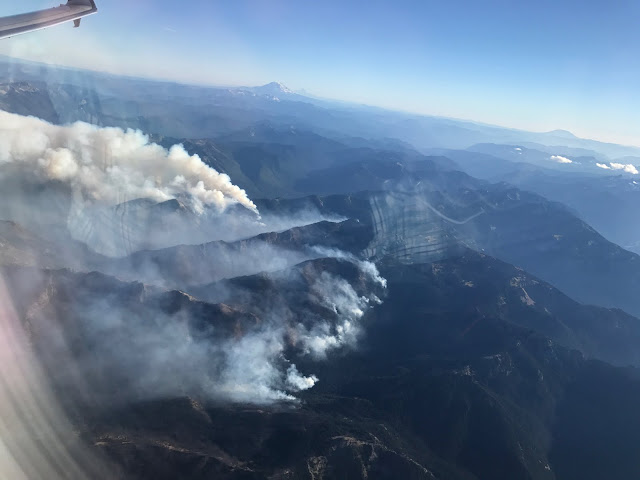 BC and OR fires are still burning but smoke wont make its way here this weekend.
OK here goes- bear with the details, which are subject to change:


Saturday and Sunday
Winds slacken, some models show light east winds spilling a teeny-weeny bit of smoke over to the south Puget Sound. Lotsa smoke accumulation near the fires.

Monday
Few smoke models go out that far. Best indications (see 2000ft winds predicted by the European weather model below) are that moderate east winds will develop in far eastern and northern WA to disperse locally accumulated smoke. But these east winds will cause some smoke to dam up against the Cascades and bleed across to western WA. 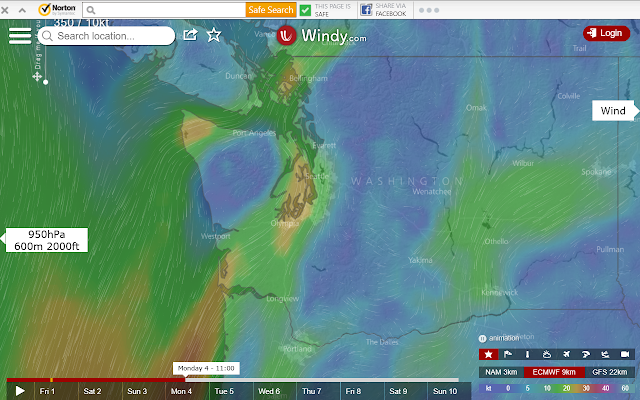 Wanna get away from the smoke? Cash in on the warm temperatures and abundant sunshine, and head for the Olympic Peninsula or Washington coast. Now through Monday morning should be mostly smoke free. But plan on leaving by Monday afternoon before east winds start to bring some smoke over there.