Sunday was the cleanest we've been all month!

Welcome relief from smoke over the weekend! Air quality monitors on Sunday showed the cleanest air we've had all month. Not squeaky clean but a far cry from the gunk we've been inhaling, with most of the state's fine particle monitors registering Good air. 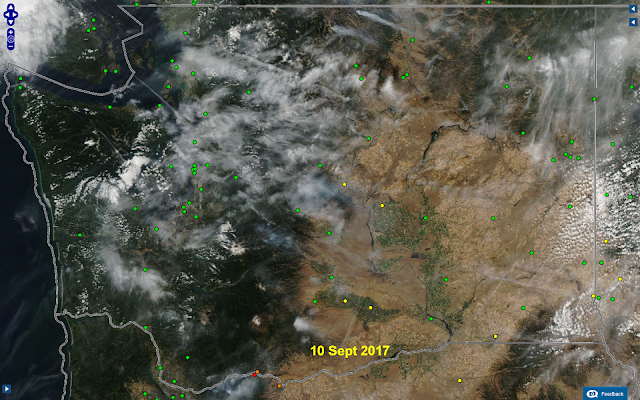 With a mild ridge building today and tomorrow, winds will be light and smoke has already started accumulating in Central Cascades valleys. The previous post below covers these communities. An air quality alert is in effect for Chelan, Douglas, Kittitas, Yakima and Klickitat counties through 10AM Wednesday.

Fortunately the east winds we feared don't seem to be a major concern anymore, meaning:


Even though the major wildfires continue to burn- albeit with less intensity- decent winds and good mixing on Wednesday will help nudge us toward an all- green (meaning Good air) state.