'nuff said about western WA, although the satellite map overlaid with fine particle pollution data is worth a glance. Green circles = Good air. 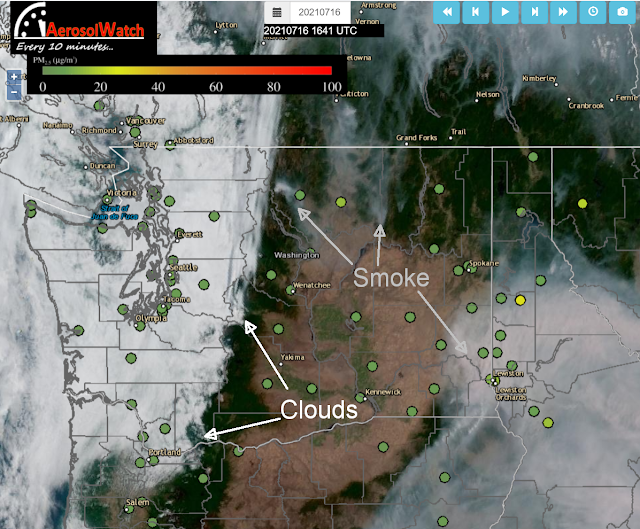 Judging by monitor readings, much of the smoke over parts of eastern WA is staying overhead and not mixing down to ground level. A strong-ish push of marine air since last evening has scoured out a lot of the smoke and will "cool" temperatures into the mid 80's/ low 90's today. Welcome relief... for now.

But these winds are also raising the stakes in the fire danger game. There is a small risk of dry thunderstorms on Saturday night. For Sunday and later, expect more warming and reduced smoke dispersion.

There is an Air Quality Alert in effect covering the areas below.

Fires burning in the Methow valley and on the Colville Reservation are puffing a lot of smoke, but the Red Apple fire west of Wenatchee is not. Models suggest most of this smoke will not accumulate until Sunday or later, except of course right by the fires.

The wildcard however is new fires.

The Lick Creek fire in Asotin County is expected to continue emitting smoke, but again, the build-up of smoke will mostly be confined to the vicinity of the fires until late in the weekend. Smoke from the Bootleg fire in southern Oregon will also deal a glancing blow to this area under southwesterly winds. The Dept of Ecology's 5-day smoke forecast (which also has clickable pop-ups for each area), shows the air degrading to USG on occasion. 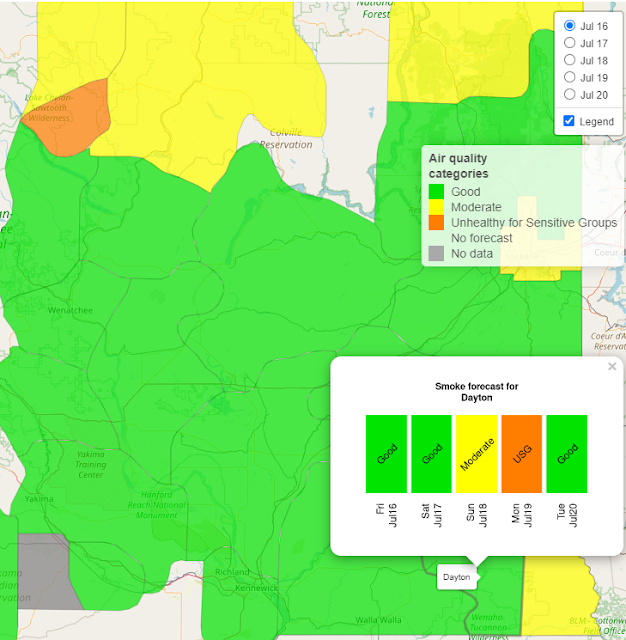