Numerous wildfires are burning around Washington state although fortunately, for the moment at least, none of them are producing major air quality impacts. The air quality impacts we saw around the southern Puget Sound area overnight and today (see the monitoring map with the colored dots) are largely from the firework displays last night. Plus there is an odd, smoky haze hanging around over the southern end of Vancouver Island and the northern parts of Puget Sound (see satellite view below). We seem to be receiving some smoke from our neighbors across the border to the north and are hearing that as many as 60 new wildfires started in British Columbia over the weekend. 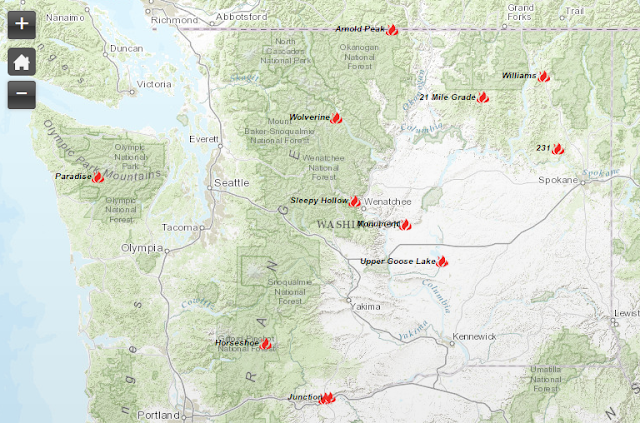 The map above shows major fires in the state that have incident management teams assigned to them.  There are other fires around too but they may not show on this map because they are new and don't have a team assigned yet. Or if the local fire responders were able to get it under control quickly, a formal incident team may not be needed. More details on the fires shown above can be found at http://inciweb.nwcg.gov/state/49/# 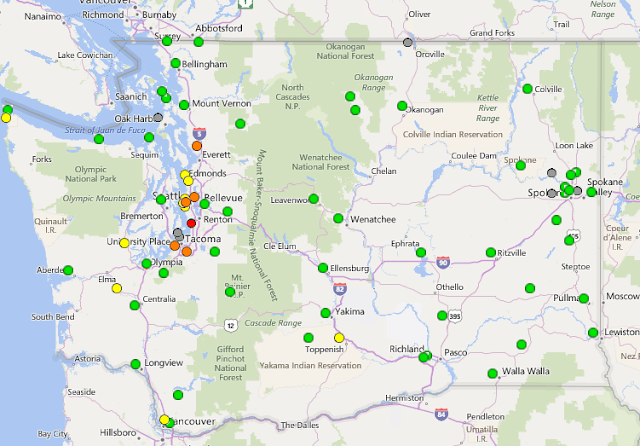 Air quality impacts seen around the Puget Sound area today at about 1pm (above) are at least in part from the fireworks displays last night but the satellite view below shows it is possible that some is from smoke coming in from BC. 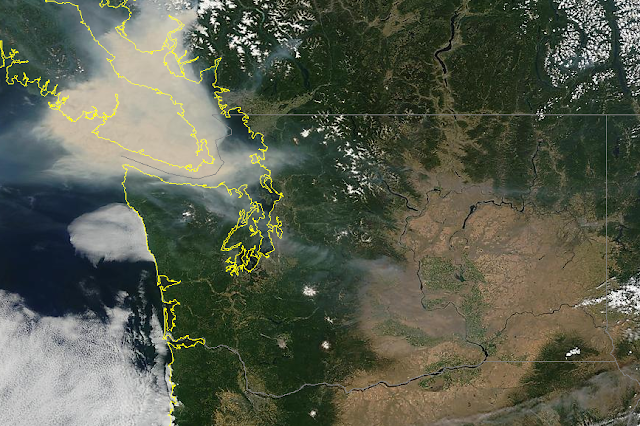 Smoke and clouds can be difficult to tell apart but the bright white masses along the Washington and Oregon coast are surely clouds in the satellite photo above. The wispy, slightly darker stuff is more likely to be smoke.  The big, dark blog over the southern part of Vancouver Island looks to be a pretty impressive amount of smoke from the British Columbia fires. How much of that smoke is headed our way?