Western WA update: Yikes! … but hang on,… this too shall pass…

We awoke to see Washington was in a smoke bath, and western WA was not left out this time. 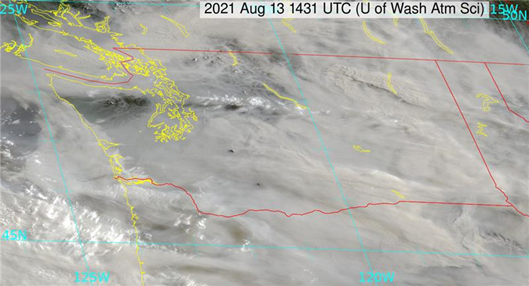 Yesterday, smoke from British Colombia fires started pushing into the Puget Sound at the ground. And, yesterday and overnight, there was continued strong smoke production from fires in Central Washington, Oregon, and California. And, we had a very complex wind pattern, with very different flow at different altitudes. Smoke was heading south from Central Washington, and swirling clockwise back up to the Puget Sound. This overall mess brought much of the Puget Sound into UNHEALTHY FOR SENSITIVE GROUPS, which is where we are this morning.

Looking ahead… there’s still looks to be a fair amount of smoke up above us (see the vertical profile plot below, the dark grey above about 1000 m). And, it’s likely we’ll get some of it mixing down today. So, in the Puget Sound, we're expecting similar or worse smoke at the ground through most of today. Some places could reach UNHEALTHY, but it's really tough to know precisely how much smoke is up there. 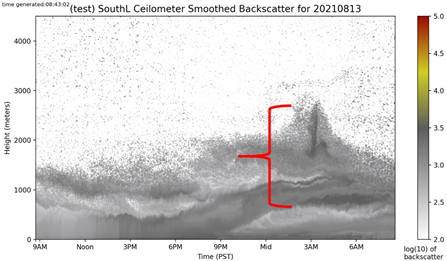 But, the westerlies should start picking up tonight, and much of this will move to the east overnight. By Saturday morning, most of the Puget Sound should improve and be back to MODERATE or GOOD air quality. We may see some California smoke pass overhead on Saturday and Sunday... but the Puget Sound should be able to breathe easy again...